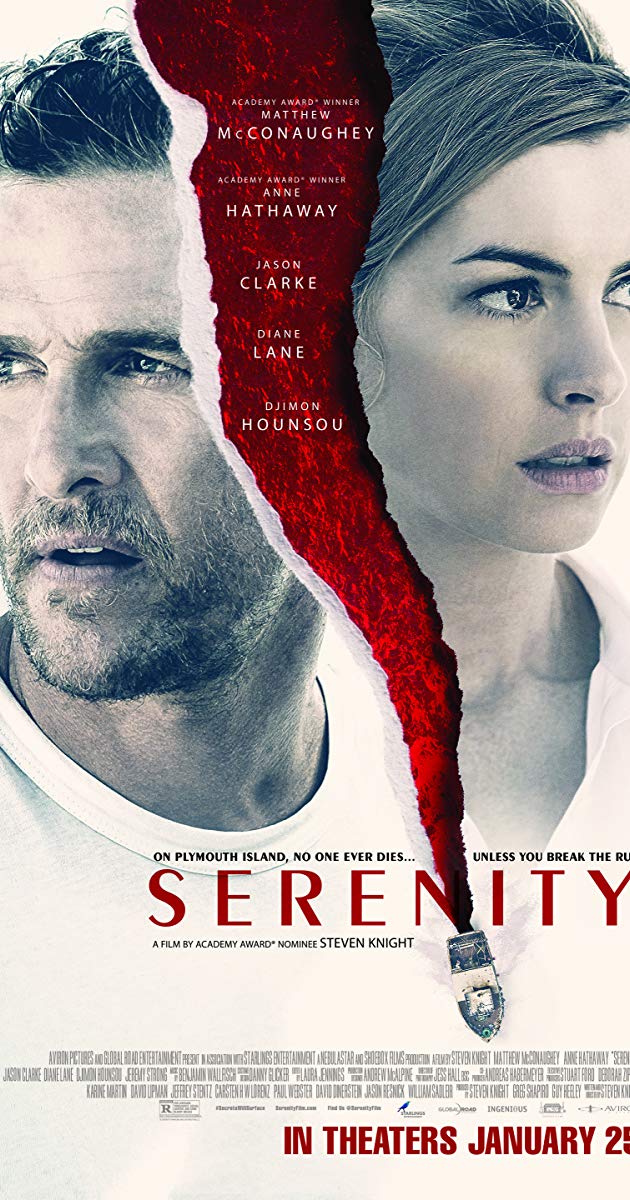 No Rob this week as Brent and Reggie talk about Serenity (2019), but first…

We introduced a new mid-week show called Cutting Room Floor that you’ll only be able to catch by jumping aboard our Patreon, so go give it a look and toss us some cash if you have extra. You’ll get an early release of the show most weeks and a bonus show every single week that no one gets for free!  If you don’t feel like tossing us a little dough, fear not because the regular show will remain exactly the same each and every week.  THANKS FOR LISTENING!